from Slavic Spirits by EABS 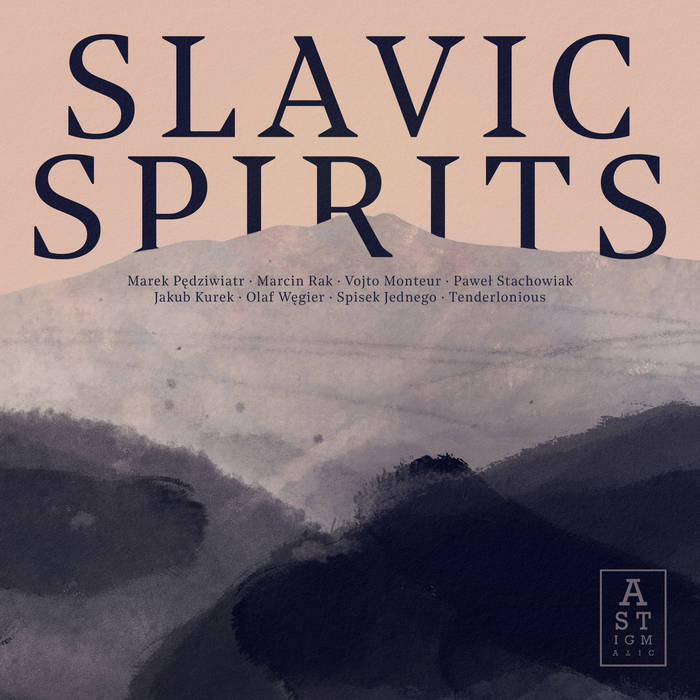 EABS in search of Slavic melancholy

After the very well received, both by the audience and critics, debut album Repetitions (Letters to Krzysztof Komeda), focusing on the lesser-known works of the legendary Polish composer, the Wrocław-based EABS decided to further expand this lead and released two more vinyl records, "live" and "on tape", which crowned the "Komeda triptych". The astounding reception of the band's debut whet listeners' appetite for completely new recordings. It took 2 years for the new album to materialise, this time, however, it is filled with 100% original material.

This time the EABS band did not directly address the legacy of the Polish school of broadly understood popular music masters. At the same time, the musicians kept in mind that such legacy is, in a sense, the capital of the past which adds up to identity and builds the future. Therefore, in their further musical quest, the band stayed observant of the signs and inspirations from their predecessors from the jazz and big beat era, who paved the way through their willingness to experiment and pursue a unique sound. Thanks to these concepts, the ensemble decided to listen even more intently to their inner voices. This has enabled EABS to avoid the obsession of imitating the Western sound, which conquers the increasingly generic domestic music industry.

The conceptual direction and the first sketches of compositions were already prepared shortly after the summer of 2017. However, the fast-paced life on tour and the desire to expand the line-up with a soprano saxophone and flute eventually played by Tenderlonious did not allow for quick studio manoeuvres. Especially that the London guest artist needed to arrive for the sessions in Wrocław. Thankfully, time has only worked in favour of this material. The band was already incredibly harmonious while implementing all the assumptions during the recordings. The compositions have matured and evolved even more.

The idea for “The Darkness”, the composition opening the Slavic Spirits LP, was born out of collective improvisation performed before a Komeda-inspired medley of “Free Witch and No Bra Queen / Sult” played in concert. It came as a surprise to us that this new album, devoted to broadly understood Slavism, turned out to have its roots in the combination of compositions about a witch and hunger. Both were present in Central Europe, not only in the Early Middle Ages. During the tour, while travelling together, we talked a lot about Poland’s difficult history. We noticed a number of dreadful episodes and unresolved traumas that have been haunting us until this very day – Marek Pędziwiatr recollects.

Inspired by deliberations of many musicians, but also historians, journalists, writers, and even psychotherapists, new compositions began to appear rapidly, pouring out of the band’s spirit and imagination. The material is also an attempt to radically break out of the status quo of national mythology which currently steers the collective imagination of the Polish society. The musicians turned to Slavic mythology and Polish demonology, while pondering upon the contemporary spiritual condition of Poles. The enigmatic “Slavic melancholy” remains the main inspiration for the following album, as the band tried to extract it from their own DNA. Slavic Spirits is an an endeavour to get in touch with the world of a long- and brutally lost culture which, due to lack of sources, will never be thoroughly explored. A piece called “The Darkness” is a metaphor of this obscurity and the blank page in the history of our ancestors. What follows is a trip to the woods and fields where we face two demons ruling those realms, namely “Woodland Spirit” and “The Noon Witch”. In the end, we climb a marshy and foggy holy mountain (“Ślęża”) to eventually practice ritual “Sun Worship”.

Nearly 44 minutes of music have made it to a single vinyl record. The material will also be available in CD version and on all streaming platforms. Each physical copy of the Slavic Spirits LP will be supplemented with an extensive booklet and the whole set will come in a neat box. The album is going to be released in June 2019 by Astigmatic Records label.

Featuring appearances from Kari Faux, Bluestaeb and and interview with NY-bred artist Wiki