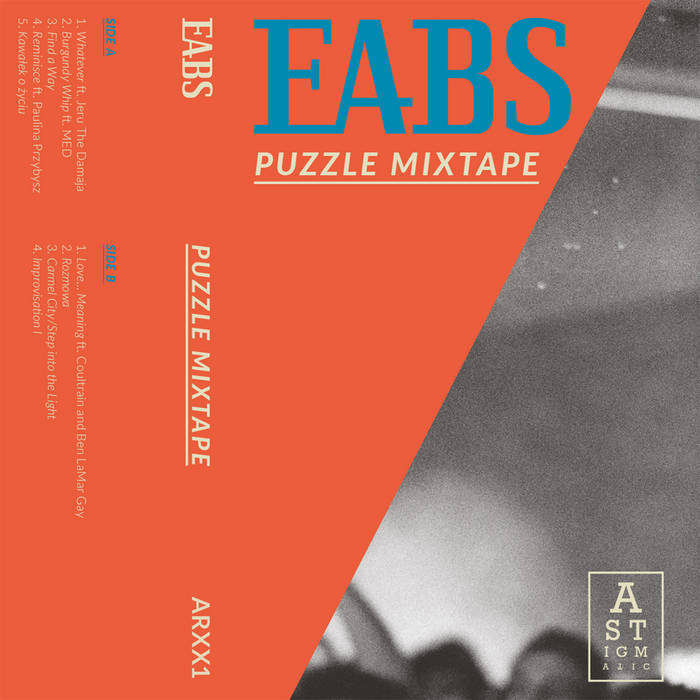 K15 these guys are amazing. on the hunt for the rest of their catalogue. excellent recording. Favorite track: Burgundy Whip feat. M.E.D..

At the end of the thirties of the twentieth century, when swing became a giant industry, and when major American cities resounded with orchestras of Duke Ellington and Coleman Hawkins, somewhere in Kansas City bebop was born. Thanks to the genius of Charlie Parker and other visionaries, the new jazz came to New York's Harlem, where at Minton's Playhouse the ideas of Thelonious Monk, Kenny Clarke and Dizzy Gillespie crystallized. These guys turned everything upside down. They made a breakthrough in music revolutionizing jazz. Not only did they replace the orchestra with small combos, but also proved that frantic improvisation is the heart of this music. At the time when bebop was at the top, musicians from different bands would get together to jam or challenge each other to musical duels. By playing collectively they passed their knowledge and various tricks from one to another. This allowed music to continue to grow.


In 2012-2014, a similar idea accompanied Wroclaw’s Electro-Acoustic Beat Sessions series, which later formed the EABS septet. Only two things had changed: linguistic expression and technology. The musicians began to reconstruct pre-made hip-hop deconstructions of jazz and funk. It remains for historians to figure out whether it was due to Madlib, Robert Glasper or maybe even someone else. At that time, Puzzle club became Polish Minton's Playhouse, where the gig mixed young musicians with older ones, old stagers with promising cats.


Therefore, Electro-Acoustic Beat Sessions is a sort of movement. It is also a tribute to the work of Ahmad Jamal, Krzysztof Komeda, Gil Scott Heron, J Dilla, Pete Rock, and many other legends of music who influenced the young musicians forming this collective. In 2012-2015, EABS bonded many renowned improvising musicians. Some joined spontaneously. One of them was Dave Liebman (playing with Elvin Jones and Miles Davis). Sometimes there were also amazing artists we did not manage to meet after playing together. EABS also invited prominent rappers and singers from Polish and international music scene. So far, among the artists who have performed with EABS were: Natalia Lubrano, Abradab, Venio, Te-Tris, Waldemar Kasta, W.E.N.A., Jesse Boykins III (US), Tawiah (UK), Raashan Ahmad (US), MED (US), Jeru The Damaja ( US), Coultrain + Ben LaMar (US) and Paulina and Natalia Przybysz (former Sistars). The most incredible moments of all these sessions are on this mixtape.